The transcript of a bizarre 2011 interview with adult film star Stormy Daniels is making the “real news” rounds this weekend. Real news in that it is not fake news, but I still wouldn’t consider it really news. The interview details Daniels’ alleged 2006 affair with the now POTUS, but the take away for us was this gem:

“he was watching Shark Week… He is obsessed with sharks. Terrified of sharks. He was like, ‘I donate to all these charities and I would never donate to any charity that helps sharks. I hope all the sharks die.'”

We can go on an on about trophic cascades and how important sharks and other apex predators are to the ecosystem, or how well this strategy worked for former Australian Premier Colin Barnett. But hopefully it’s enough that The Donald has upset this guy. 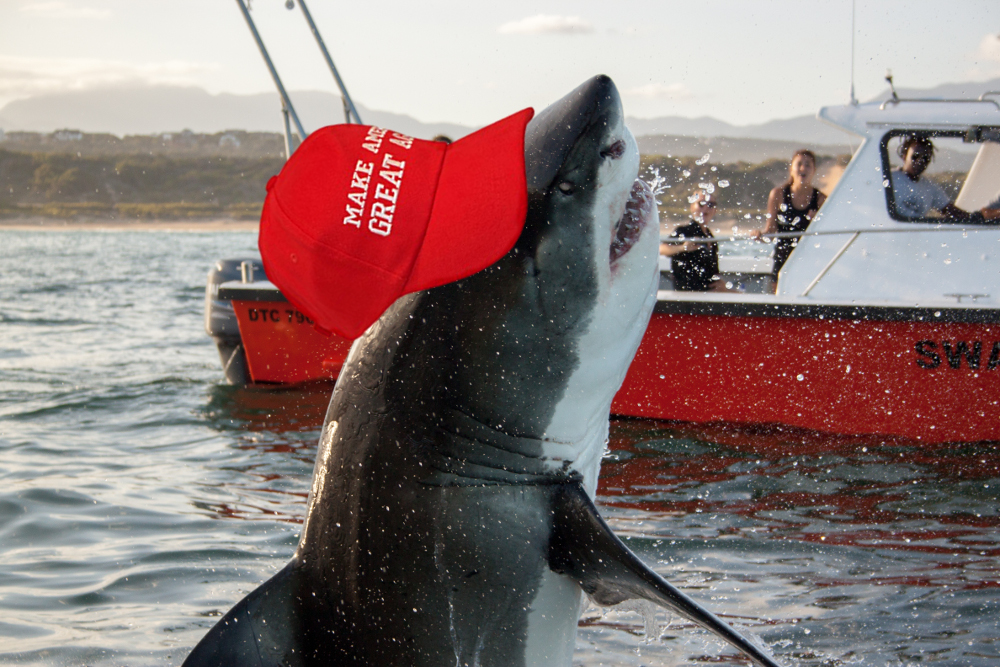