There are over 2,000 species of fish found in South African waters, 16% of which are endemic, meaning they don’t occur anywhere else! South Africa represents an eclectic mix of marine habitats ranging from coastal sandy and rocky shores, estuaries, reefs and kelp forests, to off-shore sea mounts, shelf edges, canyons and mud flats. But there is a real concern for these ecosystems and their over exploitation and destruction through pressures such as commercial fishing practices, plastic pollution and climate change.

On the 24th October 2018, the Department of Environmental Affairs announced that the South African government will be increasing their Marine Protected Area (MPA) cover from its current 0.4% to 5% by introducing 22 new MPAs in areas around South Africa that have been recognised as important species biodiversity marine ecosystems thanks to Kerry Sink and her team at SANBI (see link), which is Fantastic news! But what is an MPA and what does this mean? 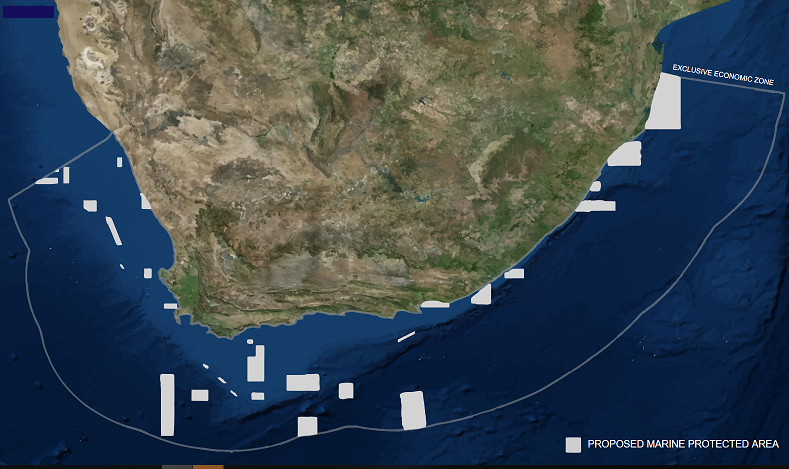 What is a Marine Protected Area (MPA)?

The IUCN (International Union for Conservation of Nature) definition of an MPA is “A clearly defined geographical space, recognised, dedicated and managed, through legal or other effective means, to achieve the long-term conservation of nature with associated ecosystem services and cultural values”

MPAs are put in place as conservation efforts of marine ecosystems which are significant to biodiversity or specific species of interest which need protection and to manage the sustainability of the fisheries stocks.

South African MPA’s are declared by the government but the day to day management of these areas are managed by authorities such as Cape Nature, South African National Parks (SANParks), the City of Cape Town (CoCT), Eastern Cape Parks and Tourism Agency (ECPTA), KZN Wildlife and the Nelson Mandela Bay Metro (NMBM).

Marine protected areas not only control areas of interest to create sustainable resources, but if done effectively can benefit local communities whilst creating environmental, economic and social benefits to everyone involved. 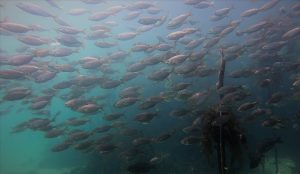 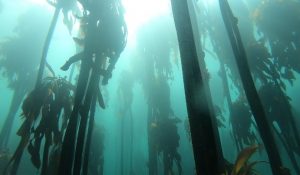 Current protection of the Oceans

With 90% of the worlds fish stocks over fished or fully exploited, protection of our oceans has never been more of a concern for the future of our planet.

It is estimated that less than 7% of the world’s oceans are considered protected, with less than 2% of that fully restricted from all fishing. These areas are all managed and protected in different ways and at different levels. National waters (waters that fall within the jurisdiction of country boundaries) represent 39% of the ocean of which 17% is marked as protected in some way. 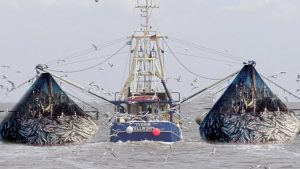 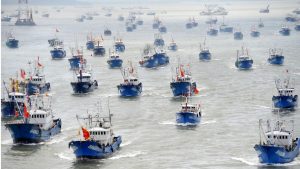 Of South Africa’s 0.4% MPA sites only 0.16% are designated ‘no take’ zones meaning no form of fishing or harvesting is aloud. Many of these sites are attached to National Parks or Nature Reserves in coastal areas allowing management and monitoring of these areas to be reasonably straight forward (at least on paper). In the 2011 National Biodiversity Assessment SANBI stated that off-shore ecosystems vital for biodiversity are currently the least protected ecosystems by legislated protection schemes.  South Africa’s increase to 5% Marine Protection now includes several off-shore reserves and is a fantastic start to meet the 2020 marine protection goal of 10%, with a further 5% intended for 2019.

Why are MPA’s important?

The obvious benefit of protecting areas of high biodiverse marine ecosystems which harvest new life and offer spawning sites for commercial and endemic fish stocks is a healthier and more productive ocean. The ocean produces 50% of all the Oxygen in the atmosphere and the algae, reefs, sea grass and kelp forests act as massive carbon sinks, absorbing 93% of the global carbon emissions. 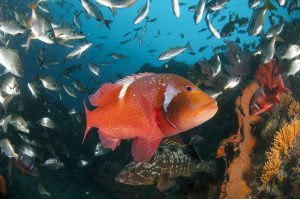 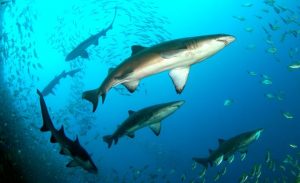 If MPAs are managed properly this allows sustainable re-population of species. This in turn replenishes areas outside these ‘safe zones’ allowing fishermen to maintain their fishing livelihoods without complete over exploitation of the marine life.  The Kelp forests along the Cape Peninsula are a great example of this. They are an incredibly productive habitat and support juvenile fish, crustacean, cephalopod and invertebrate recruitment and development, allowing these species to reach maturity and giving species a much higher chance of survival. Once mature many species leave the protection of the kelp and venture off-shore to spend their adult life in the pelagic zone, where their risk of being fished increases massively.

MPAs and ocean sustainability creates jobs for many industries from fishermen and ocean harvesting industries to eco-tourism and tour guiding as well as management, research and maintenance of the protected areas by government. Millions of tourists travel to South Africa each year to visit the beautiful beaches. SCUBA diving, boat trips, wildlife watching, beach goers and recreational swimming all brings hordes of visitors to the area looking to spend time near the ocean, this in turn also benefits surrounding businesses contributing R412.2 billion to the GDP.

MPAs are a fantastic resource for educating and engaging tourists and the local community in conservation and environmental matters. Cape RADD’s Citizen Science experience is an example of using the incredible MPA zones to teach young and old about the unique area of the Cape Peninsula and how fragile and important it is that these areas are protected to ensure the future health of the ocean. Making people aware of their connection and responsibility to the protection of the ocean as a vital resource is key.

Research and exploration are also very important, and by conserving areas of the ocean in their ‘natural form’ allows researchers to investigate various effects of ecosystem shifts, habitat destruction and climate change. The ocean holds many secrets which we are yet to discover and new exploration into these unknown ecosystems may produce medicinal advantages which may hold the answer to diseases such as Cancer.

What will the new MPAs announced mean for the future?

The new MPAs will increase marine protection by 50 000km², that’s two and a half times the size of the Kruger National Park! This newly announced network of Marine Protected Areas will offer protection to off-shore ecosystems which until now have not been protected. These fragile and limited areas will hopefully be allowed to recover and continue replenishing the fisheries stocks and secure the sustainability of the ocean as a vital resource. This new legislation and increased protection will hopefully be a step to securing a healthy ocean for generations to come. New MPAs also give hope of social and economic development in the form of marine eco-tourism, securing economic benefits to the surrounding communities and increasing awareness, education and respect for our oceans. 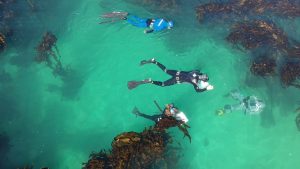 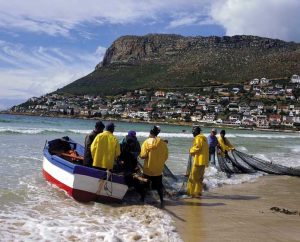 More MPAs will ultimately help protect these amazingly fragile and unique ecosystems from over fishing and complete exploitation if managed properly. let’s hope the South African government meet their marine protection goal of 10% marine protection by 2020, and work towards bigger and better goals in the future!

Mike is a marine biologist/scientist/conservationist and a PADI master scuba diver instructor. He has travelled the world diving and experiencing many ecosystems and their inhabitants. His main interests lie in the field of inter-specific animal behaviour and he has worked on shark deterrents using Killer whale stimuli.