Examining the patterns of interactions between individuals in both single-species and mixed-species shoals, particularly in relation to group cohesion, polarisation, and information use, and how these differ with risk.

In collaboration with Alicia Burns, Behavioural biologist at Taronga Conservation Society Australia and researchers at the University of Sydney, Australia, Cape RADD will be assisting with data collection for this fascinating fish behaviour study. Here’s some info about the research project:

Despite the frequency with which mixed-species fish shoals are observed in nature, studies of collective behaviour typically focus on single-species groups. Here, we aim to examine the tendency of marine fish to associate in both single- and mixed-species groups in the wild. We will examine patterns of interactions between individuals in both single-species and mixed-species shoals, particularly in relation to how groups form, what information they use, and who individuals react to. Hamilton’s Selfish Herd theory suggests that animals will form aggregations (shoals, herds, swarms, etc) as a strategy to reduce their per capita predation risk by seeking cover behind other group members. Whether this holds for multi-species groups remains to be tested. Individuals are likely to be less inclined to seek cover when habitat complexity is high and/or the environment itself provides the necessary cover. We will examine these factors in terms of both high and low risk, and high and low habitat complexity (in kelp beds, or out in the open). We anticipate that differences in the patterns of interactions between species in mixed-species groups may determine fission-fusion dynamics in such groups.

A recent study on coral reef fish, found that the external social environment (i.e. non-familiar conspecifics, and heterospecifics), but not the local social environment (familiar conspecifics), influenced risk perception and subsequent behavioural decisions. This potentially suggests that the abundance of ecologically similar fish in the local environment rather than the number of familiar group mates, is a stronger determinant of behavioural decisions. Despite larger groups of conspecifics often conferring anti-predator benefits, this may be limited in marine fish due to higher levels of risk, and lack of hierarchies in larger groups. Larger fish tend to swim higher in the water column than smaller ones and further from the home ranges compared to smaller and less dominant individuals in small reef fish, therefore determining whether this is true in larger pelagic species is a fundamental question of this study. It is hypothesized that this behavioural differentiation serves to reduce intraspecies competition, but it may also mean that individuals have more to gain from observing ecologically similar neighbours than taking cues from their mates. 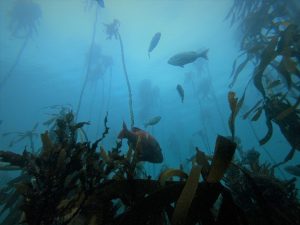 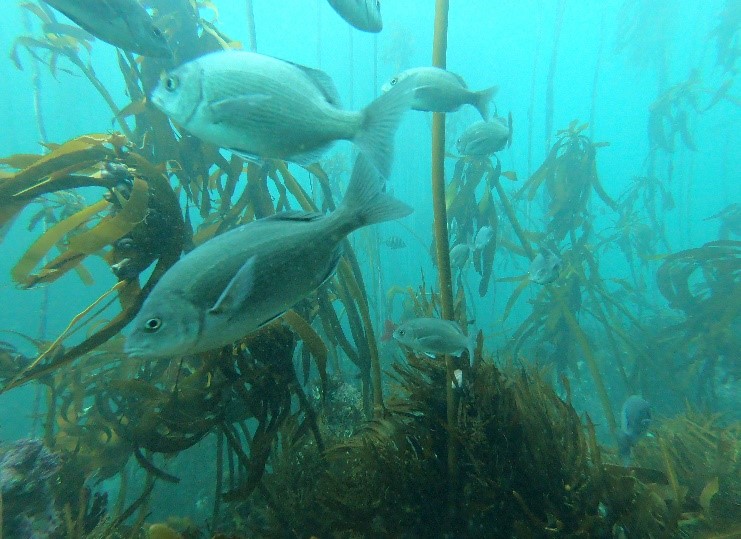 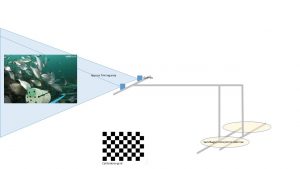 Sections of video footage containing shoaling behaviour will be used for analysis.

Videos will be converted to avi format using VirtualDub and then tracked using CTrax tracking software. From the resulting trajectories, we will convert spatial coordinates to 3 dimensions using MATLAB, and will subsequently calculate the mean of the median speeds of each fish (median speeds are used due to the right skew typically seen in speed distributions), the mean distance between all fish, and the mean polarisation of the group during each trial, using methods described in detail in Schaerf, T.M., P.W. Dillingham, and A.J.W. Ward (The effects of external cues on individual and collective behavior of shoaling fish. Science Advances, 2017. 3(6)). 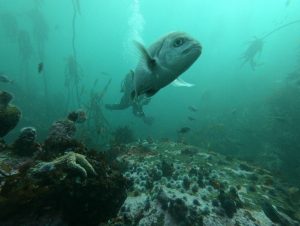 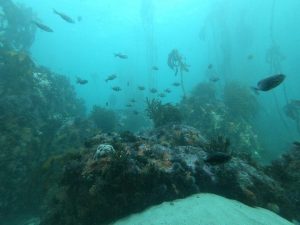